Almost all of the urbanized portions of Cascaidia, an even more so when speaking of recent events, have strong association with the tech industry. As a consequence of a strong business acumen, other industries have seen growth as well. None of which compete with the high paying positions the tech industry normally offers, especially considering most of the applicants and recipents of such positons are of the white, young, educated variety. Tech bro has a been more recent , at least somewhat pejorative term to describe the assu,med attitude and behaviors of the majority of individuals filling such roles. A place based revolution has taken place, it would be impossible not to notice the changes that have come with it, but this doesn’t have to at the derailment of bioregionalism.

In Vancouver and Seattle, local politicians are directly incentived to partner with some of these large corporations; Lululemon, Amazon, Nintendo to name a few, to re-locate talented individuals from across the globe, and offer them attrective housing in various sectors(corporate neighborhoods) in their respective metropolis. This isnt a novel idea. Its been a framework for businesses to have factory towns, where their employees live and work. Hershey, Pennyslvania after all, isn’t named after the chocalate company, it was created for that very company’s employees. Even so, the consequences for numerous companies existing in a space, where there particular needs for growth and expansion come at the cost and comfort of the residents  who have built the city these corporations also happen to call home? I’m not sure how that affect can be quantified if at all, but I’m comfortable saying this would not be Cascaidan.

So what is a Cascadian Business? A Cascadian business is any operation, in support of the Cascadian movement, whose workforce is inclusive of human diversity, locally owned, operated, and financed, and has product or services that are ethically sourced. A common misconception assumes businesses aligning with such values would either have the privilege of being unconcerned by profit goals, or a trendy temporary outfit that isnt built for sustainable time tables. Regardless of such preconceived notions, an excellent methodology to promote any bioregional movement , calls for an awareness and attempt to strategically spend the money we all earn.

We are all dependent to some degree on the person next to us, the current social constrcuts of our present economic system dictate big business will probaly employ and service a large portion of our wants and needs. However, I do believe it is still possible to be a corporation, and Cascadian. Theo choclates, a corporation headquartered in the Fremont neighborhood of Seattle, maintains a strong code of ethics for sourcing its product, all most of which is Vegan, and its entire excecutive chain and operation headquarters are within the bioregion, despite their brand still requiring involvement within the global economy.

Which leads me to my call to action for you the consumer. The power is yours as they say. Their isn’t always a verified method to ethcially acquire specific goods and services. This becomes even more of a consideration when accounting for food desserts, or resding in a rural community. The present system we have in play is dependent on some of these harsh realities, but no one gains freedom from enslavement overnight. These businesses already exist, as does a market that is more concerned with the affect a product has, from its orgin to ending, then maintaing the status quo. The amount of money you make has always determined so much about the world around you.

I can’t wait to make a difference by spending money. 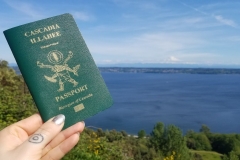 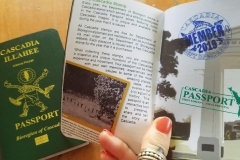 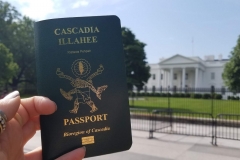 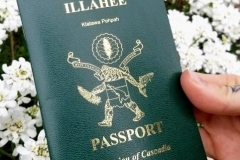 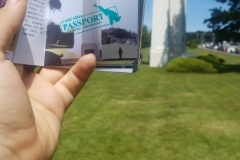 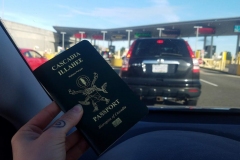